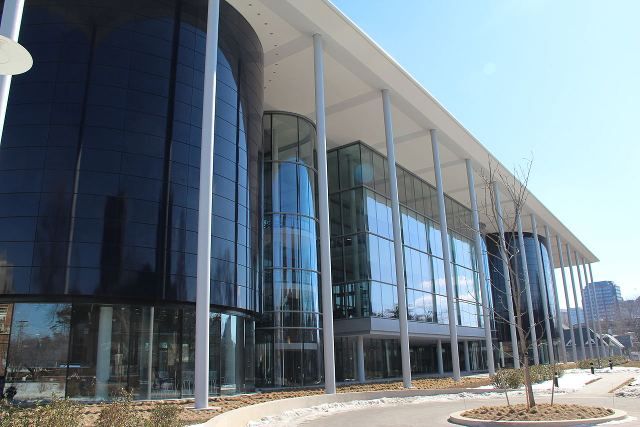 On Thursday (March 31), Yale School of Management published the first Polish edition of the a list, pointing out Polish corporations cooperation with Russia. Its authors write in the information on the website that since the publication of the first list a few days after Russia’s attack on Ukraine, more than 500 companies have withdrawn from operating on the Russian market.

The list of Polish companies caused a storm. Each of the ten Polish companies rated by Yale researchers with the lowest F rating, i.e. the Polish number one, for maintaining relations with the Russian market, were asked to confirm or deny operations in Russia. 6 companies responded – they denied conducting such activity.

On Friday, late in the evening of Polish time, the Yale School of Management updated its list of Polish companies. The authors of the list removed 4 entities from the list with an F grade. Those are:

Ciech and Teknotherm not only dropped from the list of companies rated the worst by Yale, but were immediately promoted to the A list , i.e. companies with the highest Friday rating, for withdrawing from cooperation with Russia.

Two companies – Polnord and SOT – Yale were removed from the list completely. Two more – BlackRedWhite and Elektromontaż Poznań – which does not agree with the rating from the YSM list, the Yale researchers left with the lowest rating on the updated list.

The answer sent by BlackRedWhite before the weekend was:

“Black Red White started withdrawing from the Russian market as early as 2018. Currently, the Russian company in which BRW had shares is in the process of operational liquidation. The company has one store in Russia, which is also under liquidation.

Shops using the company’s logo do not belong to BRW SA and use trademarks illegally. We take legal steps to stop the illegal use of the BRW logo. Black Red White has stopped trading with Russia” wrote Jakub Mroczkowski from the PR agency representing the company.

An answer was not receive from Elektromontaż Poznań, when asked to the press office on March 30, about cooperation in Russia (or the lack of it), but on Friday, April 1,  a letter was received where the company informs (original spelling):

“If in fact such a reputable entity as Yale School of Management conducted any research on us (and with our consent) regarding the subject of the above-mentioned of the article, he would certainly obtain information from our side, such as the fact that in September 2021 our daughter company in the territory of the Russian Federation, Elektromontaz – Rus Ltd., was deleted from the Russian Unified State Register of Legal Entities due to the lack of actual activity.”

The other companies on the F list have not replied so far.

On the other hand, ING Bank Śląski also commented on its presence on the first list (with a grade C, i.e. satisfactory) . Piotr Utrata, the bank’s spokesman, assured them that ING BŚ did not operate in Russia.

“ING Bank Śląski does not conduct any operations in Russia. We had nothing to suspend or stop. At the beginning of the war, like some other banks, we withdrew from settling transactions in rubles. We are applying sanctions on Russian banks. Probably the error on the Yale list is due to the fact that it was the Dutch ING that stopped entering into business in Russia and with Russian companies outside of Russia.”

What is the reason for the discrepancy between the contents of the Yale School of Management list and the position of the companies? How did the Yale researchers collect data to build a list? Even before updating the list, the Polish media spoke with one of the co-authors of the Polish part of the list.

Michał Wyrebkowski, a member of the 22-person research team of Professor Jeffrey Sonnenfeld, vice-chancellor of the Yale School of Management (he oversees the project), explains what sources of information are used by the authors of Yale lists and how they interpret the content provided by companies:

“We look at the sources holistically and at different levels. The simplest case is the publications of companies in the media, where they themselves communicate or leave Russia, although the implementation of plans also needs to be verified.

We use Russian company registers, we check what activities the company conducts, whether it has a branch or representative office, whether it carries out investments, and whether its offices are still open. We rely on business information systems such as Thomson Reuters, Bloomberg, FactSet or S&P Capital IQ. We also check information from the Russian tax office and, of course, the websites”.

Wyrebkowski adds: “The lack of information is also information for us. if the company does not publish any information about the withdrawal from Russia, and we see in the registers of the Russian tax office that it has a representative office, and the website is geared towards Russian exports, we assume that the company still works. “

As he points out, he and other authors of the list are aware that it is possible that the company left Russia, but did not inform about it.

“This is also what our list is supposed to serve – to put pressure on such a public, clear message – he points out.

It is of course not “only” companies from Poland that is on a list of “shame”.