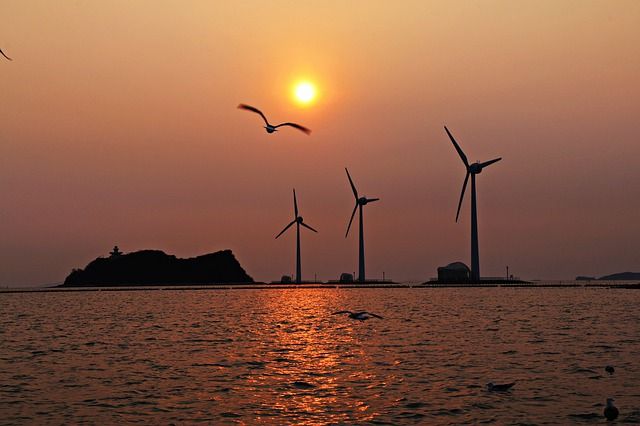 ZE PAK and Ørsted have signed a contract and will jointly apply for location permits for the construction of wind farms in the Polish part of the Baltic Sea, the partners said. Where the windmills will be able to create a lot of energy.

Establishment of a consortium with 50 percent participation of each of the companies officially begins the road to permits as part of the second phase of market development, where the Polish government is to allocate 11 locations with a total estimated capacity of approx. 11 GW.

Success in this procedure will open the way for companies to support auctions planned in 2025 and 2027 in the form of a contract for difference (CFD).

The companies also intend to create a regional Just Transition Fund for Eastern Wielkopolska with a budget of approximately 50 million PLN (10 million Euro), while guaranteeing social security in the region particularly exposed to the economic and social effects of coal withdrawal.

“ZE PAK is one of the key energy companies in Poland, ensuring stable sources and supplies of energy. We are the largest private energy producer with a very ambitious transformation plan towards green energy and green hydrogen.

Joining forces between ZE PAK and Orsted is a guarantee of the construction of wind farms in the Baltic Sea in a short period of time, and thus a quick supply of cheap and green energy to Poles, which is particularly important nowadays ” said the main shareholder and chairman of the supervisory board of ZE PAK Zygmunt Solorz , quoted in the release.

ZE PAK employs 3500 people and is the largest employer in Eastern Wielkopolska – a region particularly exposed to the effects of low-emission transformation. In 2021, as part of the energy transformation, ZE PAK started production from the largest solar farm in Poland in Greater Poland, built on the reclaimed area of ​​the former lignite open pit.

It has also invested in initiatives related to building a comprehensive green hydrogen value chain, which may help to decarbonise other sectors of the Polish economy, it recalled.

“The development of ecological energy sources, including offshore wind farms in the Baltic Sea, can counteract climate change while enhancing the energy security of Europe and Poland. For every gigawatt of sea wind that is erected, the dependence on imported fossil fuels is reduced.

In offshore wind energy, where 1-2 GW projects are already becoming the norm, we specialise in timely and cost-optimised implementation for the benefit of energy consumers.

I am convinced that thanks to the local know-how of ZE PAK and the global experience of Ørsted, the consortium will be able to deliver clean and cheap offshore wind energy to Polish homes and businesses on time and within the assumed budget “- added senior vice president and head of Continental Europe at Ørsted Rasmus Errboe.

Joint investments in the construction of offshore wind farms in the Polish part of the Baltic Sea will be accompanied by numerous social and economic initiatives. One of them will be the regional Fund for the Just Transformation of Eastern Wielkopolska, established by ZE PAK and Ørsted.

If the consortium receives location permits, companies will spend nearly 50 million PLN (10 million Eur) on creating new jobs in a region that is particularly exposed to the economic and social effects of gradual coal phase-out, as well as on educational initiatives and the development of innovative branches of the green economy.

“Our joint project is the best way to quickly and efficiently build offshore wind farms. When we receive a licence to locate the farms, we will produce and deliver cheap and clean energy to the inhabitants of Poland, and we will also create a transformation fund for Eastern Wielkopolska.

The Konin region itself and local communities will also benefit from our farms thanks to tax revenues, ”commented the president of ZE PAK, Piotr Woźny.

The ZE PAK Group operates in the area of ​​lignite mining, as well as the generation and sale of electricity and heat. The company has been listed on the WSE since 2012. Its consolidated revenues amounted to  2.21 PLN billion in 2020.

Ørsted is a Danish-based concern which is presently present in 10 markets, starting from the United States of America, through European countries, and ending with Asia.

Cutting off gas supplies to the EU. These countries will have...

30/06/2022 0
It is unlikely that Poland's rating will suffer if gas supplies from Russia to the European Union are cut off, the Fitch rating agency...
Go to mobile version